[This is an excerpt from Heather Wolf’s eBook, Turning Green to Gold: Tips on Starting a New Legal Marijuana Business]

Almost half of Washington cities and counties have either placed a moratorium on or banned recreational marijuana businesses. In all other jurisdictions, licensees are subject to that area’s unique set of zoning and/or business licensing regulations. As an attorney who has practiced land use and real estate law for the past 18 years, I understand the need for zoning regulations to reflect local conditions. This makes sense when we talk about density restrictions, environmental controls, and properly managing growth. 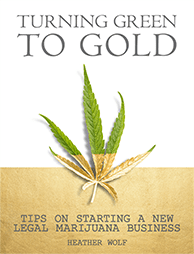 The problem is that with regard to marijuana, zoning controls are being used to limit a specific industry in contravention of a voter passed initiative. The purpose of I502 was to tax and regulate marijuana in order to get rid of the illegal market. If local jurisdictions ban or otherwise restrict the ability of legal recreational marijuana businesses to operate, the legal market will never be able to compete with the black-market. The only solution may be to enact legislation at the state level to allow local jurisdictions to share in some of the tax revenues generated by the recreational marijuana businesses in order to encourage a halt to the local marijuana bans.

The lesson to be learned from this is that it is critical when starting a marijuana business to examine the zoning rules of the City or County in which you intend to operate. Setbacks and other zoning limitations can make operating a marijuana business difficult if not impossible in a certain area. Carefully review the laws of the local jurisdiction and talk to the local planning department before committing to operate at any specific location.